This is my trip report of the Esperanto course that was hosted by Judith Meyer and Chuck Smith in Berlin. In this first part you can read about why I got into learning Esperanto, as well as what I was doing before the trip to prepare to be immersed in an Esperanto environment for a week.

Before the trip: Why and how did I learn Esperanto?

A few months ago I pledged that I would be learning Esperanto this year. The decision came after having met Esperanto speakers at the Polyglot Berlin gathering, where I saw the language in action and participated in a quick little primer course by Chuck Smith, who you might remember as he was recently on the podcast!

Fast forward to a month or two ago where I was invited to take part in an Esperanto course in Berlin, hosted again by Chuck Smith but also Judith Meyer. At first I was slightly hesitant, but I joined the course to make sure I was motivated to learn Esperanto. Having some kind of deadline works fantastically well for pushing me to work hard on learning a new language. As a side benefit the course was also advertised as a sightseeing tour of Berlin where we would be learning and speaking Esperanto along the way, and since I did not get much time to “explore” when I was there in June, the decision to participate seemed even easier.

Before setting off to the course I watched about half of the Pasporto a la tuta mondo series, which teaches fundamentals through dialogue and a wacky story about a shepherd from New Zealand. I also did some basic stuff on Lernu.net, which has several courses for beginners as well as intermediates.

Where I put the most hours was on Memrise for vocabulary, and so I successfully learnt about 500 words as well as getting to know a few affixes, this approach is not one I would recommend. The pasporto course was great and if you do the exercises that comes with it, you will definitely be ready to speak the language very quickly.

The problem with my approach was that I had a vast vocabulary, but it seems like the courses I found only teaches nouns or verbs, which is curious since most of our sentences contain many more types of words than that.

Particularly I was missing the correlatives and time adverbials. Such as: This, that, anyone, anywhere or soon, later, again, or, too etc. It feels pretty stupid to know intermediate vocabulary but not being able to string together a sentence because I somehow forgot, or failed, to learn these simple words at some point.

The journey and arriving in Berlin

I had once again settled on flying to Berlin, which if I were living in the Airport would probably be really fast. But when I live 2 hours by train away from the airport, it’s actually a way longer trip than it should be. I left Wednesday afternoon at around 3 PM and I entered the apartment where I was going to stay for the next few days at about 10.30PM – that’s a 7h:30m journey, with the plane trip taking up only around an hour of that.

The above actually made me think that for my next trip in Europe, I will probably consider taking the train even if it is more expensive. There are more advantages to the train. It is slower, of course, but at least you are in the same position so you can work on your laptop, watch movies or learn some languages.

You are not constantly moving from one type of transport to the next as well as security checks, boarding and so on.

Not to mention the legroom.

Anyway I digress. I arrived a few days before the course to make it an extended weekend and hang out with Judith and Chuck. Before I was picked up at the train station I had decided that this would be a no-English weekend, allowing myself only Esperanto and German to communicate in.

That plan actually never went into action as I started speaking English with Judith the moment I saw her. When we came home however, it was all Esperanto.

Talk about being thrown in at the deep end!

The first moments of Esperanto

I was not shocked that both Chuck and Judith spoke Esperanto to me, I was actually delighted! And even more to my delight I was understanding the meaning of everything they were saying, most of it, anyway. It wasn't until I had to speak myself that the problems started dawning on me.

Of course I was also very nervous, having to speak a new language for the first time with two very experienced speakers, but I really felt as though I was lacking something as I refered to earlier in this post.

However, as the two days before the course progressed and I got a chance to absorb some more sentences as well as getting the odd sentence out I was slowly becoming more comfortable speaking the language, and didn't really mind making mistakes.

The next day I packed up my laptop and decided to find a café where I could be a laptopreneur for a day. I had read about a place that specialised in this clientèle. I walked for a very long time, as I couldn't find the place to buy a ticket for the tram, which I later learnt was actually inside the tram itself.

Anyway, I arrived at St. Oberholz in Rozenthaler Platz and it had great facilities. In a sea of Macbooks I flicked open my entry-level black Lenovo and started working with an espresso as well as a club-mate, a kind of herbal energy drink. As the sun shone on the streets of Berlin and me sitting with my laptop, working, I saw my future right then and there. Location independent language lover.

I didn't actually get as much done as I would have hoped. I guess the new lifestyle takes some getting totally productive with, but I did organise a few upcoming books that I had thought about lately.

As the day was ending I decided to walk home and see what the others were up to. I had been walking a lot already by this point, which would later become a theme.

The next instalment in this series is about turkish bazars, catcafés and meeting my room-mate for the weekend, I will also get into the title of this series 🙂 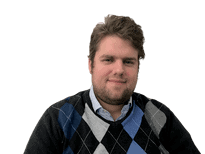 Learn expert language learning strategies, advice, and secrets with exclusive tips and advice only found in the email club.

You have Successfully Subscribed!

5 LANGUAGE LEARNING TIPS FOR THE ISOLATED AND QUARANTINED

Overcoming the Dips of Language Learning

My Experience with Michel Thomas Russian

Please log in again. The login page will open in a new tab. After logging in you can close it and return to this page.