The most epic multilingual road trip ever attempted is the tagline behind the new project from the Memrise team. Their aim is to drive a London-style double-decker bus through Europe and record the world's first video dictionary for a variety of languages. Right now they need our help to finance the project.

Read more in this post on how you can get involved in this crazy multilingual road trip.

My experience with Memrise

I first got to know Memrise through Benny Lewis, he had been talking about Anki for a while but suddenly he described a new player on the market. Well, that new player now has over 8 million active users. Memrise offers a completely free flashcard learning platform, where you can create your own courses or study the courses of others. Last year they started providing their own high quality courses which is something they'll be doing going forward.

While not as crazy as some people, I've still managed to amass over 3,000,000 points. I used it to learn a large part of my Russian and Esperanto vocabulary, and recently I've been using it to learn Hungarian with too.

I love the software and openly endorse it as often as possible. But beyond the software/app itself I have another reason for loving the company; The people who work there are amazing and the passion they have for languages and memory learning is just incredible. You can't help but get sucked into their world and you suddenly understand that, yes they're a company, but their reasons for doing what they do is in their hearts – not their heads. They truly want to help people and make the world a better place.

And this was how the Membus project was born!

The Membus project – the most epic multilingual road trip ever attempted!

So what is the Membus project? Well in short the idea is to drive a team of language lovers through Europe and record video of native speakers saying words of phrases. These will then form the world's first and most extensive video dictionary as well as be used in Memrise courses to teach you the languages of the native speakers. 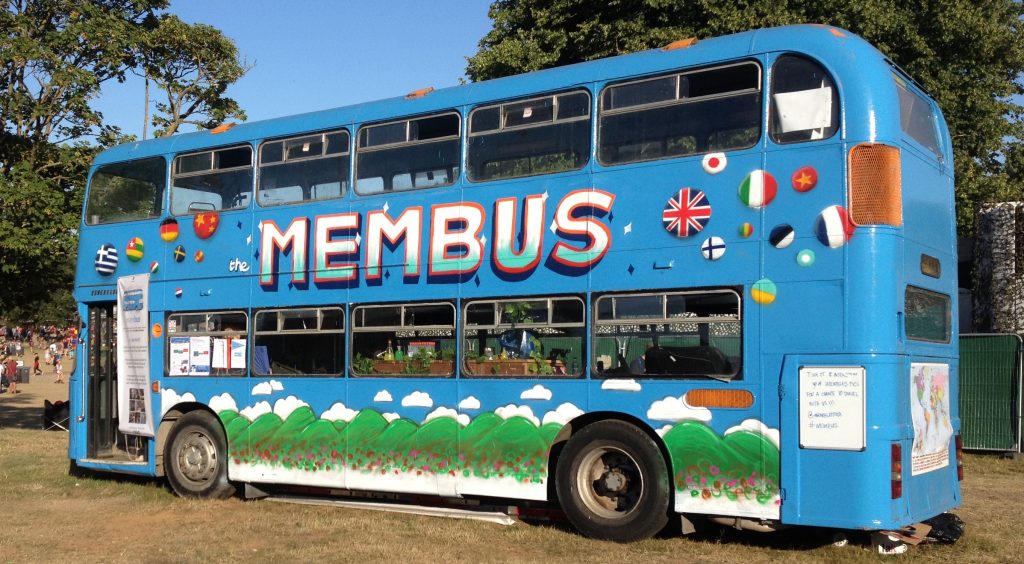 Obviously this takes quite a lot of resources and while Memrise will be spending a lot of manpower and money on this they simply need our help to make it as epic as possible. By contributing to their crowdfund you can get various rewards such as Memrise swag, be the voice of a phrase or a word, or you can even get directly involved on the bus! Serious donations will grant you a week on the bus in what will go down in history as the most epic multilingual road trip ever. This will be something to tell your (future) kids about!

Click here to learn how to get on the bus!

Bringing flashcards into the 21st century

Memrise already revolutionised flashcards when they came out, significantly improving existing platforms such as Anki by providing early mobile access as well as synced courses across devices. Their interface was also easier to use and the algorithm behind the learning was generated by all the users. In essence it was improving the way we memorised something.

Now they're taking a big leap again with video.

So one of the main reasons for recording all these videos around Europe will be to jazz up the current flashcard functionality in Memrise and really upgrade it into the 21st century! You'll get video from native speakers for words and phrases so you can see HOW something is pronounced as well as hear it.

Check out this small video for how it will look:

Kickstarter and the rewards you can get for supporting

As I previously mentioned, Memrise needs our help to pull this off. Funding a bus to drive through Europe whilst recording thousands of videos, post production and all other expenses are simply too great to handle by Memrise themselves.

But that gives you and me a chance to get involved!

They have already met their goal of £50,000 but with just a week left there is much more still left to unlock by supporting more. The ultimate goal is £100,000 which will see the Membus create video dictionaries for 11 languages!

Here's what you can get for supporting:

Mind you some of them are gone already!

Now, I'd love to pour money into this project and go for an epic vacation on the Membus (all expenses are included in the donations) but I simply can't afford it. I told this to the COO of Memrise; Ben Whately and he gave me a great counter-offer:

So this is what I'll try to do! If any of you guys are interested in an all-expenses paid 5-7 day epic road-trip in Europe – please donate at the relevant level on Kickstarter and be sure to say Kris sent you. If you somehow have the means to donate £2K (massive respect!) to go on for a full week with a friend, then I'm in too!

To make this proposition interesting here's what I'll do if that happens.

I started Actual Fluency in 2014 to support language learners all over the world. Since then we’ve published over 180 podcast episodes, and countless blog posts and videos.

Disclosure: Actual Fluency uses affiliate links throughout the website. This means that any sale referred might generate a small commission at no extra cost to the purchaser.

We strive to be as objective and unbiased as possible, and aim to rate each product or service fairly irrespective of the potential commission.