I was recently approached by a fellow language learner who asked me if I could write a blog post about learning multiple languages at once, or just focusing on a single language before moving on to the next one.

Instead of me just sharing my views, I thought it would be fun to ask the question to the community and then write this blog post as a round-up type post. 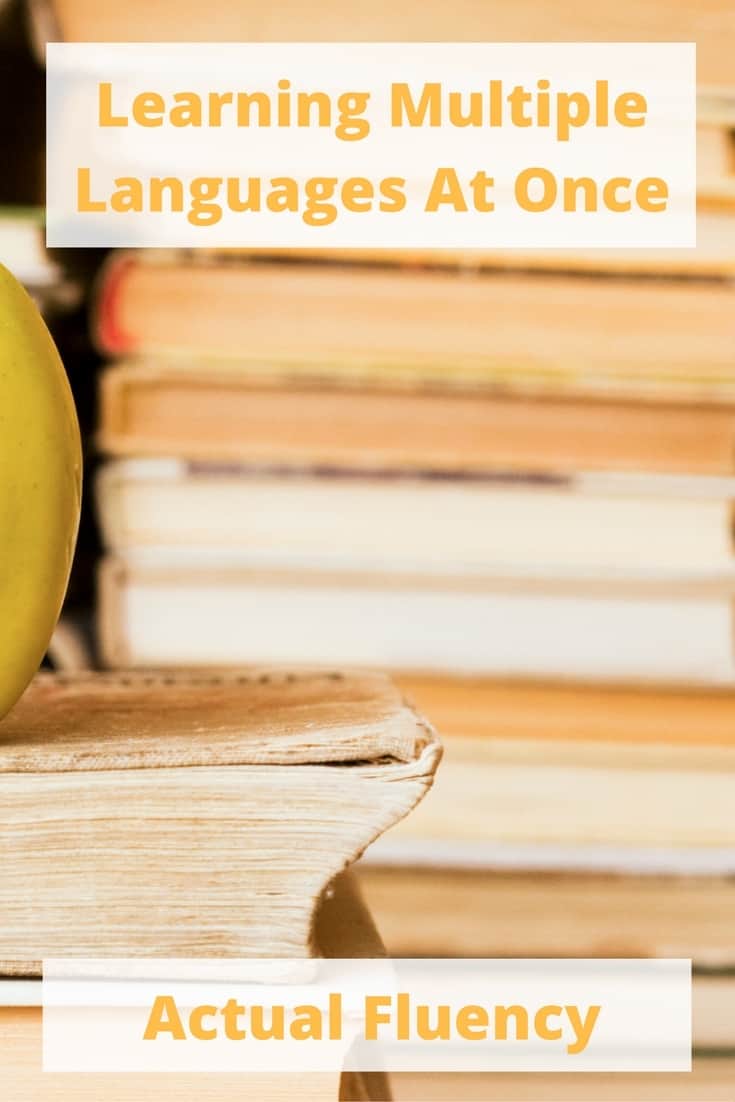 One of the first impressions I got when I asked people about it, was just how different language learners are.

This is a good point to emphasise, because that means that the advice and tips I will share in this thread might not apply to you as a learner.

Personally I struggle with juggling multiple languages at once, but not because I mix them up or impede my learning in one way or another.

The reason I prefer to focus is because I want to become fluent in a language fast and then I can always talk and improve that way. I also find that if I have too many “to-dos” in a day I sometimes fold and not do any of them, therefore I prefer simply just sticking to one at a time.

This is my philosophy currently.

I just thought it made sense to focus on getting a basic level of fluency in a language, before moving on to another one. This to me has nothing to do with getting the languages mixed up, it's just a matter of time – as I mentioned in the opening.

Here are a few community pointers that support the theory of one-language-at-a-time:

Speaking another language is a skill, which requires focus to do well. It's easy to become distracted by multiple languages, which muddles the languages you are learning. […] The more languages you study simultaneously, the less far you will get in any one of them you choose. This is only true for serious practice or learning new grammatical concepts. For vocabulary acquisition (read: Memrise), I don't mind studying many languages at once.

I'm glad Chris Huff stopped by the Facebook to add his 2 cents, because he is one of the reasons that I actually took on a lot more languages at one point and I can totally see the whole excitement factor.

When studying a wide array of languages at the same time it is easy to put in a lot of work, but what you ultimately realise is that you don't get very far in any of them.

After due consideration I decided to go back to my 1-at-a-time philosophy, and Chris has also as you can read on his website, changed his approach slightly.

Another great tip regarding one language at a time comes from Bill Price,

Don’t start more than one language from scratch at the same time.

Can it be done?  Yes, but I don’t recommend it.  The beginning stage of learning a language from scratch is simultaneously the most captivating, motivating, and frustrating stage you will ever encounter.

Bill goes further in his excellent blog post to talk about that a solid A2 beginning B2 is a perfect level for him to start considering another language.

This is the point where the language gets fun and he can actually use the language in practice. Somebody who agrees with Bill's vision is the one and only Benny Lewis, who has this to say:

I may speak several languages, but I have only ever learned one new language at a time. The trick is focusing on that until you reach fluency, and then you can start the next language and only have to worry about maintaining the previous one, since you already speak it.

-Benny Lewis (his blog post about not mixing up languages)

Another vote in favour of getting to a decent fluency before moving on to learn a new language comes from Fintan Mc Gee on the facebook post I wrote and asked for opinions on learning multiple languages:

I think you could consider being able to speak and read in 1 language before moving onto another as you might get frustrated with lack of progress with all the added languages. This would also limit the mixing of languages which is not really a big problem but could also affect motivation if it happened too often.

Fintan agrees with Bill above that a certain level of the language is desirable before ‘adding on' another.

He also adds a great point not directly related to the process of learning multiple languages, but if you get frustrated by a lack of progress in language learning, then perhaps sticking to fewer languages is  a way to ensure you get more “wins” and thus get more motivated to continue.

For me personally, it's worth more to be conversational in one language than know a few words in a handful of languages.

Learning Multiple Languages At Once

When I reached out on the different language learning channels I received, as I had hoped, a mixture of opinions on the matter.

Apart from the above viewpoint that you should only learn one language at a time, some people chimed in and said that they felt more comfortable learning multiple languages at once.

Personally I know that if I engage in too many things at once, It will generally impede my progress so I'm not a big supporter of this, but some people find it better.

Here are a few pointers from supports of multiple languages at once. I have to warn you, this first one is a bit long, but Javier Garco wrote such a great post that I just had to include it, and this isn't even the entire post 🙂

Let's see an example. Imagine I'm learning 4 languages at the same time and you are learning one. We study the same amount of hours a day (though in my case they have to be splitted, don't forget it).

Of course every brain is different, but let's also assume that we have the exact same brain. After 4 months, you will certainly know more than me in that specific language.

Then people would rush to say: “of course, because you're focusing on TOO many languages, so that distracts you from real learning”. Well, my answer is: “No, dear. I am splitting my time, so I learn way fewer hours per language than you do. BUT don't forget that if you want to learn 4 languages, like I'm doing, your way, you'll need 4 +4 +4 +4 = 16 months, and once you finish, you will have forgotten a lot of the first language, because you learnt it a year ago.

My way, I dare think I will reach the same level in a little bit sooner, but still, even if it also takes me 16 months, all of them will be up to date and fresh. Yes, it's really hard and stressing, but highly effective.

A word of warning though, he does end his paragraph by saying this is what works for him, and you need to find out what works best for you.

This is a philosophy of language learning that I wholeheartedly share: Language bloggers like myself cannot tell you what to do, all we can do is tell you what works for us or others and then it is up to you to find your own way on the path to language success.

One should be easy and the other hard. Spend 70% of your time on the hard one and 30% on the easy. Ex 70% of time on Hindi and 30% on Spanish. The languages should not be similar like Portuguese and Spanish. And you should practice them independently…

Good tips, if you feel like you are capable of studying multiple languages at once do bear in mind that you needn't study both exactly 50%.

You can focus on one and have the other as a bit of a backup.

While this sounds pretty good I can't find myself agreeing, because if the second language you are learning is just a “little bit on the side” then surely it would just be better to devote all your time to the primary language and then move on to the secondary one, once you achieved a good basic level?

Luca Lampariello has this point of view of learning multiple languages at once:

Of course it is possible to learn multiple languages at a time. The more languages are involved though, the less time you have for each one of them, and my advice is always to stick to one language, especially if you are not an experienced learner.

At the end of the day, it comes down to how you are as a learner, as a person and how experienced you are in learning languages like Luca points out.

It is Particularly important how you handle interference (e.g. confusing words of language A as Language B or vice versa) on the matter of interference and the choice of amount of languages, Ferdinand Cesarno has this great advice that I'm going to end this blog post with:

It's all down to your individual capabilities; everyone is different, therefore no other individual's experience on this question is necessarily applicable to you. If your brain can handle the tackling of multiple languages simultaneously without getting waylaid by interference, then go for it. But if interference is becoming a problem, then it's best to acknowledge this and to take the languages one at a time.

Learning one language at a time:

Learning multiple languages at once:

So there you have it, a nice community round up of the wisdom of learning multiple languages at once.

I invite you at this stage to make your own conclusion that fits with your learner profile and start learning languages the way that suits you best.

I also welcome you to add your opinion in the comment box below: How do you feel about learning multiple languages at once?, what kind of tips or tricks are you using if you are learning multiple at once? Feel free to share anything.