In this guest post, Quinn Taber of Immerse.online shares a recent breakthrough about Immersion in language learning, and gives you some top tips of how you can use it to your advantage as well.

Note: This is sponsored guest post. Please read the disclaimer at the bottom for full details.

Take it away Quinn!

I recently took a week off to go home and be with my family.

While I was there, I had a bit of a breakthrough in my language learning — It wasn’t that I learned a new phrase or conjugation. It’s more that I had a realization about the nature of language learning itself!

The Game that changed it all 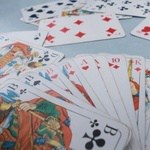 One night after dinner, we decided to play cards.

My mom suggested 5-Point Pitch, which sounded a little more advanced than my usual go-to game of Go Fish. I’d never played this game before, but I was nevertheless determined to win — I wanted the eternal glory and gloating rights of winning the game.

BUT, I needed to know how the game is played so I could win. So I started asking my mom a few questions: “How do I get points? What cards do I want to keep? Can I discard any? Does it matter what suit I choose? Who plays first?” etc…

Okay, it was a lot of questions. My mom patiently and meticulously explained all the rules of the game, and I quietly listened to every word. But after she was done, I realized I still had no clue what was going on.

Then she said, “Ready to play?” “Ready to win!” I retorted with a lot more confidence than I actually felt. “But can we play a practice round just in case?”

So we played a practice round, where none of the points counted. The stakes were low, mistakes didn’t matter, it was just practice. The funny thing is that the practice round was when I actually learned the game, not the lengthy pregame explanation.

And that’s when it hit me: language learning is like learning to play a game- the best way to do it is to just jump in!

I think this metaphor has a lot to it. In the past, I tried to learn languages the way I initially tried to learn 5-Point Pitch- all preparation and no real practice. I would mindlessly flip flashcards for hours, draw out conjugation charts, and stare at my textbook. It’s amazing how little progress I made in so many hours of studying.

That’s because I was studying wrong. In the same way that a list of rules didn’t much help me understand the card game, all the time I “studied” French didn’t make me fluent. I wasn’t practicing the right way. For both card games and language, the best way to learn is to just jump in.

So if jumping in is the best way to learn, how do we jump in? I think the best way is through immersion. Immersion is when you are steeped in the language, absorbing and learning it the way language is meant to be learned.

That immersion is the best way to learn a language is intuitively obvious. When you were a baby, did your mom buy you a language textbook and hold flashcards over your crib so you’d learn? No! You learned your native tongue through immersion. She taught you words, which you repeated and used in real life, and it stuck!

If you’ve been struggling to learn a language, making slow progress and hitting plateaus, maybe it’s because you’ve been practicing wrong. Maybe you’ve been reading the rule book instead of playing the game.

How to immerse yourself – anywhere!

So how do you immerse yourself?

If you’re learning French, you can hop on the next flight to Paris, stroll into the Sorbonne and strike up a conversation with the first unsuspecting student you see. But of course, this just isn’t feasible for most of us. As a college student with lots of loans, I know this full well.

So how can you immerse yourself at home?

Here are a couple suggestions: you can listen to music in the language you’re trying to learn. The music not only allows you to hear the language out loud, in different voices and accents, but also gives you a deeper appreciation for that culture. Watching movies in that language does this as well! (In fact, here’s a list of great movies in other languages that you can start with: https://www.imdb.com/list/ls000028034/).

I also love to read French newspapers, since newspapers are usually written in commonly-used words and easy phrases (perfect for learners!).

But that’s just the beginning. There are tons of other ways you can simulate immersion at home, and you can probably come up with your own unique solutions yourself!

For example, if you have a topic you’re really interested about, find a book about it in your target language and get lost in it! Since I love philosophy, I’m trying to read Camus, Sartre, and Simone de Beauvoir in the original French!

Also if you happen to pick up a game like 5-Point Pitch, keep score in the language you’re studying! And let me tell you, nothing feels better than winning and then gloating in another language. Plus, if you lose you can insult them in that language, because even if you didn’t beat them, you’re can at least show you’re smarter than them…

The Takeaway from all of this

If you do those things, you’ll be off to a great start to immersing at home.

But, the absolute best way to immerse yourself is to simulate realistic situations with your tutors. Pretend they’re the barista and you’re the customer, or they’re the business person you’re trying to close a deal with, or they’re the beautiful girl on the metro that you try to ask on a date. (Alright, maybe not that last one, that could get uncomfortable.) But you see what I mean: have real conversations!

Put yourself in situations that you would realistically find yourself in.

Use your imagination and make it real for yourself! That is the best way to learn a language.

So throw down the rulebook and play the game!

It’s way more fun and way more effective to just jump in. Whether you’re learning your first verb or your 500th, immersing yourself is the best way to carry on your language learning adventures.

I wish you good fortune on this difficult, but incredibly rewarding, journey! 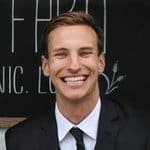 Quinn Taber is the founder and CEO of Immerse.online, a site dedicated to bringing the experience and joy of immersion to all parts of the world, no expensive flight tickets required!

Disclaimer: This is a sponsored post, which means that the author paid for the post to be featured on Actual Fluency. The post was exclusively written by the author, and was only edited for presentation before publication.

Any comments or views expressed within this post belong to the author, and do not represent or indicate that of Actual Fluency.

I started Actual Fluency in 2014 to support and assist people learning foreign languages all over the world!

Disclosure: Actual Fluency uses affiliate links throughout the website. This means that any sale referred might generate a small commission at no extra cost to the purchaser. These commissions help to keep the site running, and all products and services are reviewed or rated fairly irrespective of any potential commission.

All views are my own and any sponsored posts or reviews will be clearly signed as such.